The 4 American Jazz Men In Tangier 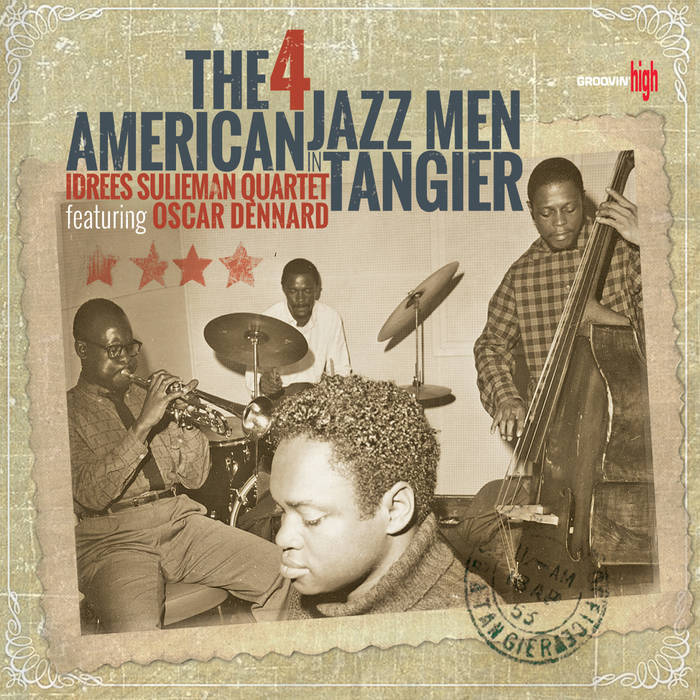 There are those musicians who are given legendary status by their peers and the lucky few who were able to hear them. One such player is pianist Oscar Dennard. Though his professional career only lasted for a little over a decade, his modern touch on the instrument inspired an incredible list of piano masters, including Randy Weston, Ahmad Jamal and Harold Mabern.

Born in Florida and honing his musical identity in Memphis, Tennessee, Dennard was most well known for his time spent with Lionel Hampton and His Orchestra. He was featured on a handful of Hampton releases, but, aside from that, there are not many remaining recordings. That is why these important recorded sessions from Dennard’s time with trumpeter Idrees Sulieman’s Quartet are so vital.

Sulieman’s bassist, and Dennard’s friend, Jamil Nasser convinced Dennard to tour with Sulieman’s Quartet (which also included drummer Buster Smith) in 1959. The tour led them throughout Europe and North Africa, including Tangier, where the music from The 4 American Jazz Men In Tangier comes from.

Producer Jacques Muyal was working at Radio Tangier International in July 1959 when his friend, journalist and radio host (on competitor Radio Africa Tangier) Pierre Bardin announced the arrival of Sulieman. They quickly invited the trumpeter and his bandmates to the studio at RTI, where they were able to record the quartet and, thus, one of the only recorded small group sessions featuring Dennard.

The release also includes another never before released session from the quartet that was recorded live at a party before their tour departure. The tape was allegedly recorded at Quincy Jones’s apartment. Though the tape was in bad condition, the sound has been wonderfully polished by sound engineer, Blaise Favre.

The recording of Idrees Sulieman’s fantastic quartet on The 4 American Jazz Men In Tangier not only spotlights the incredible talents of Oscar Dennard, a voice that left the jazz world too quickly due to his passing of typhoid fever in 1960, but also gives the world a fantastic example of how America’s musical gift to civilization touched all corners of the world.

Bandcamp Daily  your guide to the world of Bandcamp